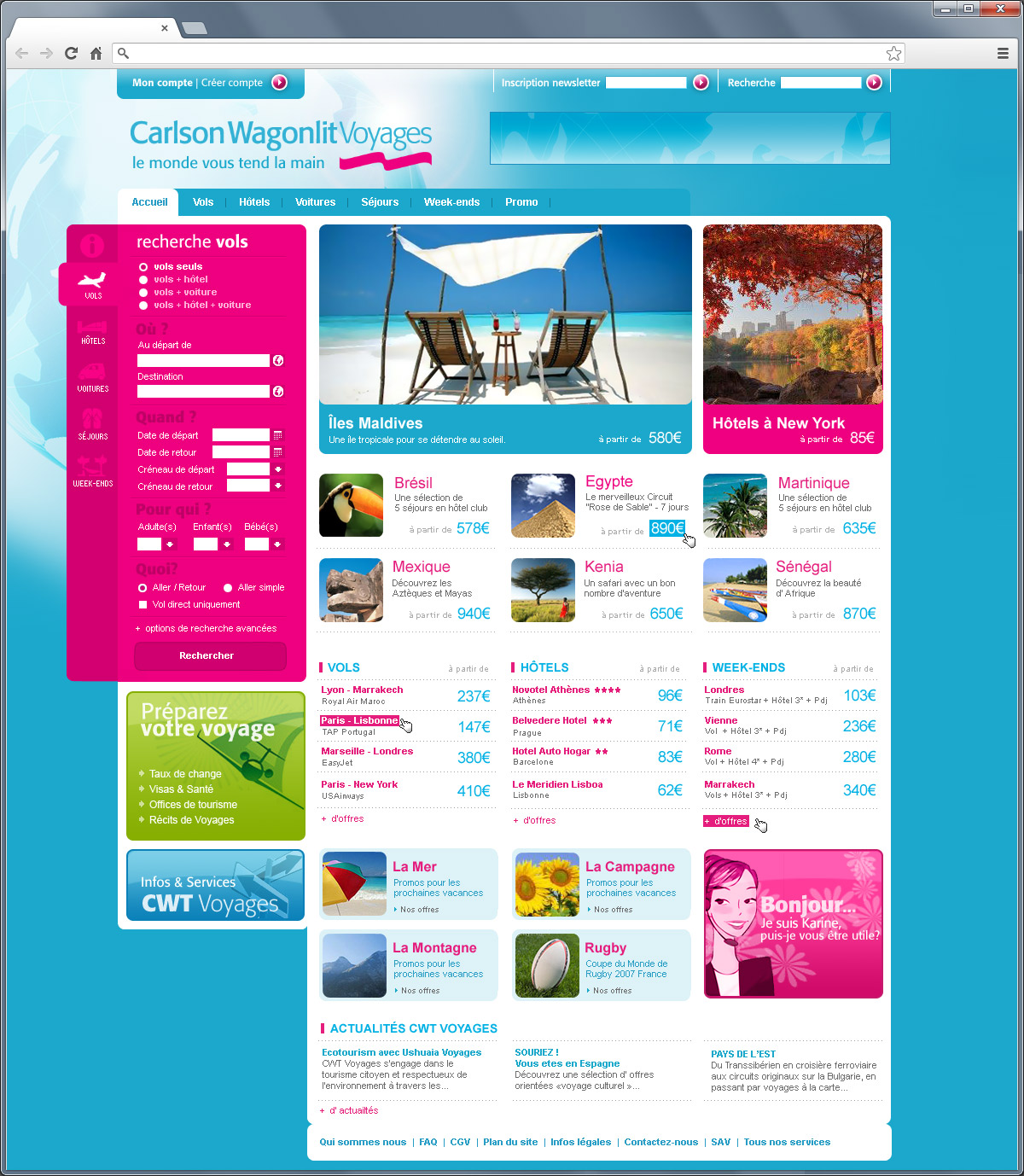 This client, a project won by contest, was the second international project after Spanish Grundig. Although this client was placed in a sector familiar to Oceanlab, in fact CWT France represented a market still relatively unknown, and that was perhaps the biggest challenge.
It was necessary to adjust some concepts and process, which differed in the most part from those usually applied to the national market, and that had direct implications in the development and behavior of the interfaces.

Graphically, the site tried to reinforce brand identity and to create an interface easily recognized as Carlson Wagonlit Voyages. The strong and marked colours as well as the specific stylistic elements gave the website an unique personality, making it a reference. 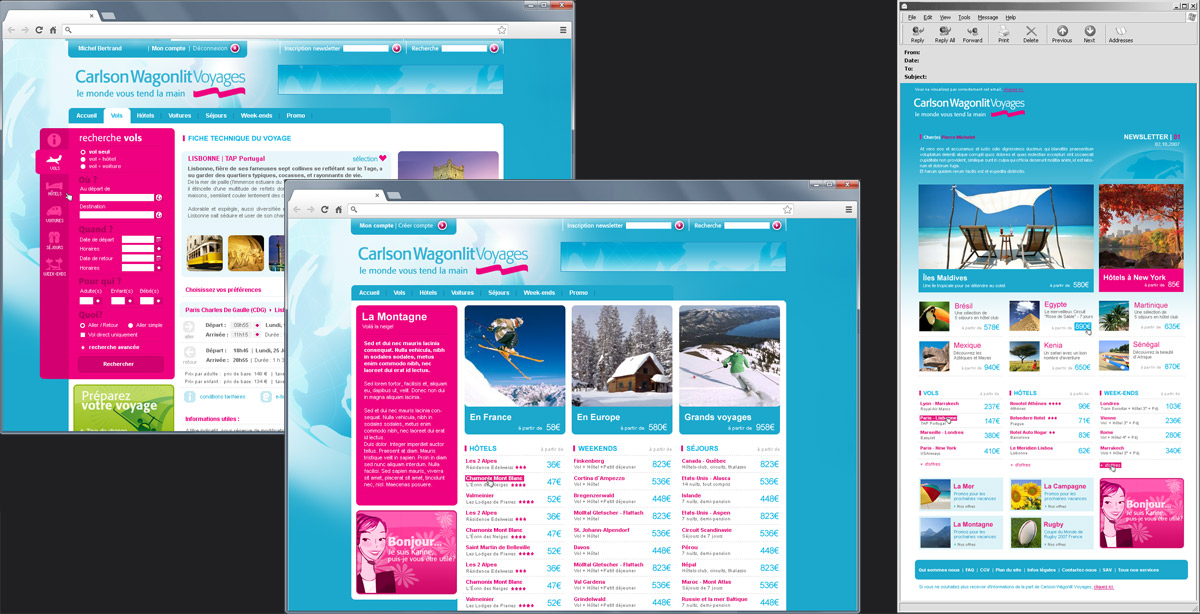