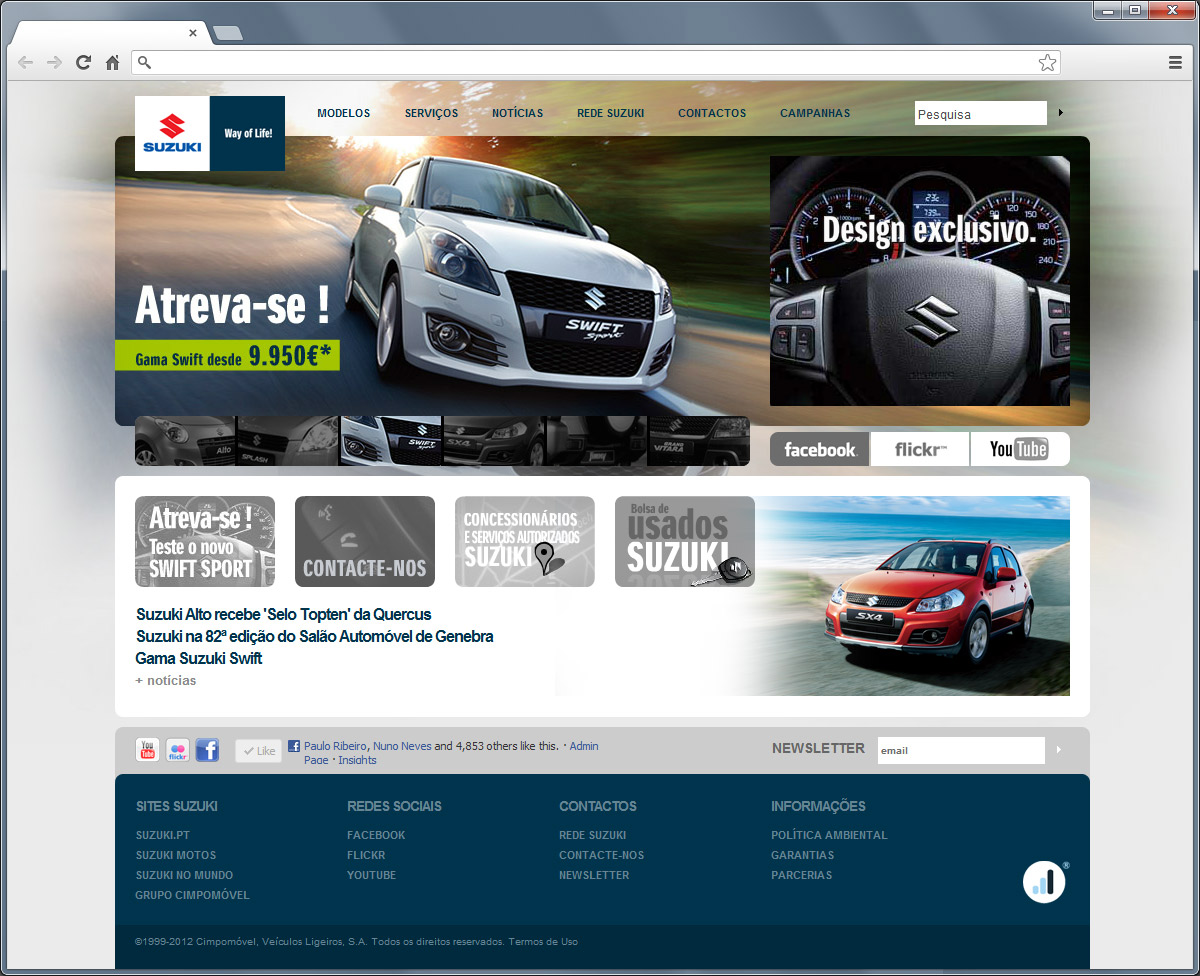 In late 2010 Suzuki launched to the market's long-awaited new version of Swift, one of the most popular cars and a benchmark in the compact sports. Among the main features stand out the most powerful engines, the sports front grille, low consumption and reduced CO2 emissions.

The mood created for the website was inspired, not just by the irreverent personality of the Swift, but the character increasingly modern and irreverent thte the brand has been adopted. A reality that extends to all segments and that is also reflected in Suzuki's new page, which includes a direct connection to social networks like Facebook, Youtube and Flickr, where you can access photos of the various models.

Another factor that makes the dynamic website so appealing is the use of photographs in high profile, accompanied by messages directed at a target relaxed modern and fun. The end result ultimately lead to a platform that can combine the information essential component a very strong interactive component 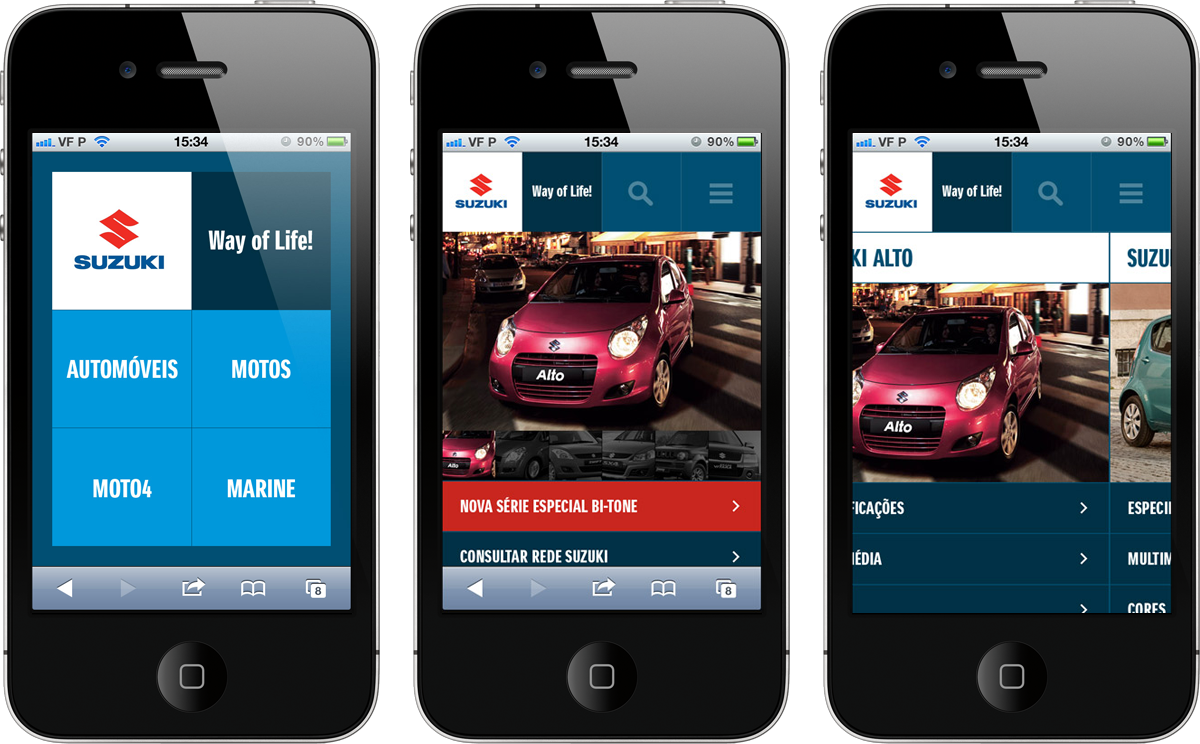 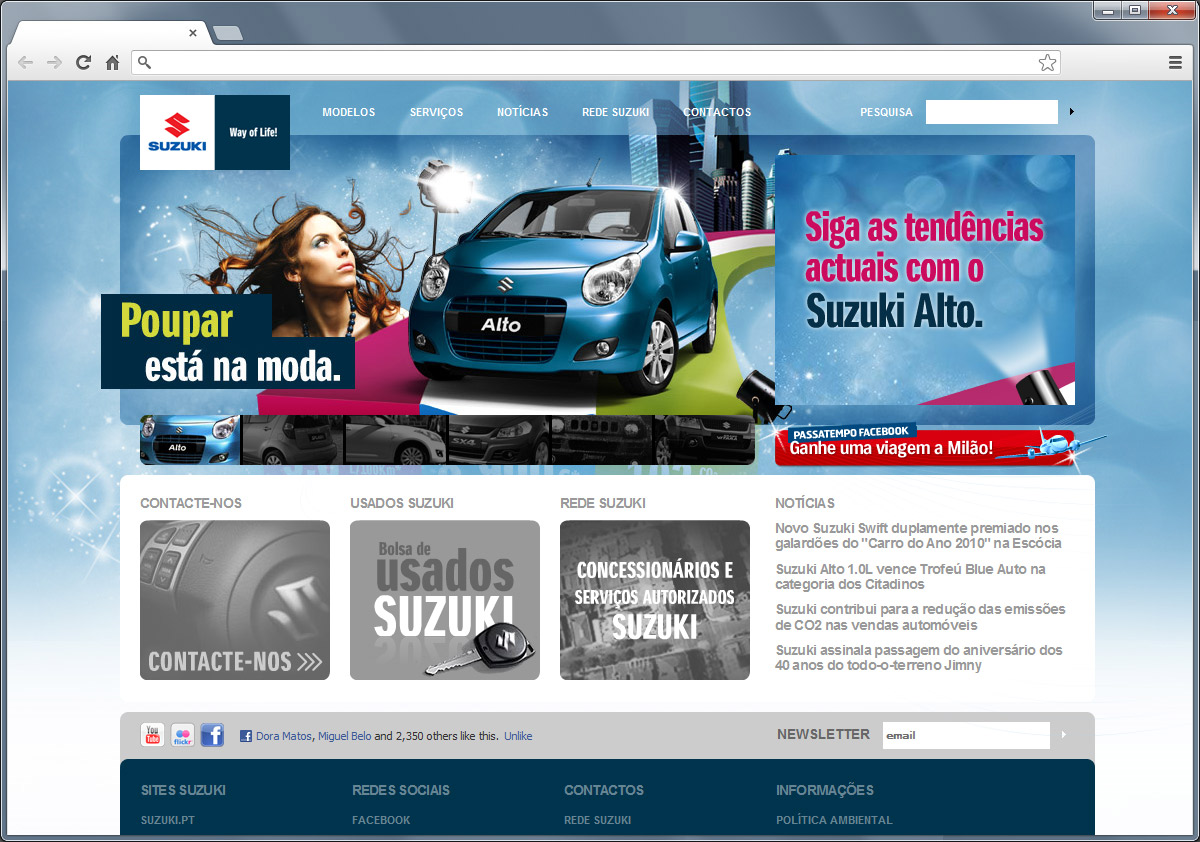 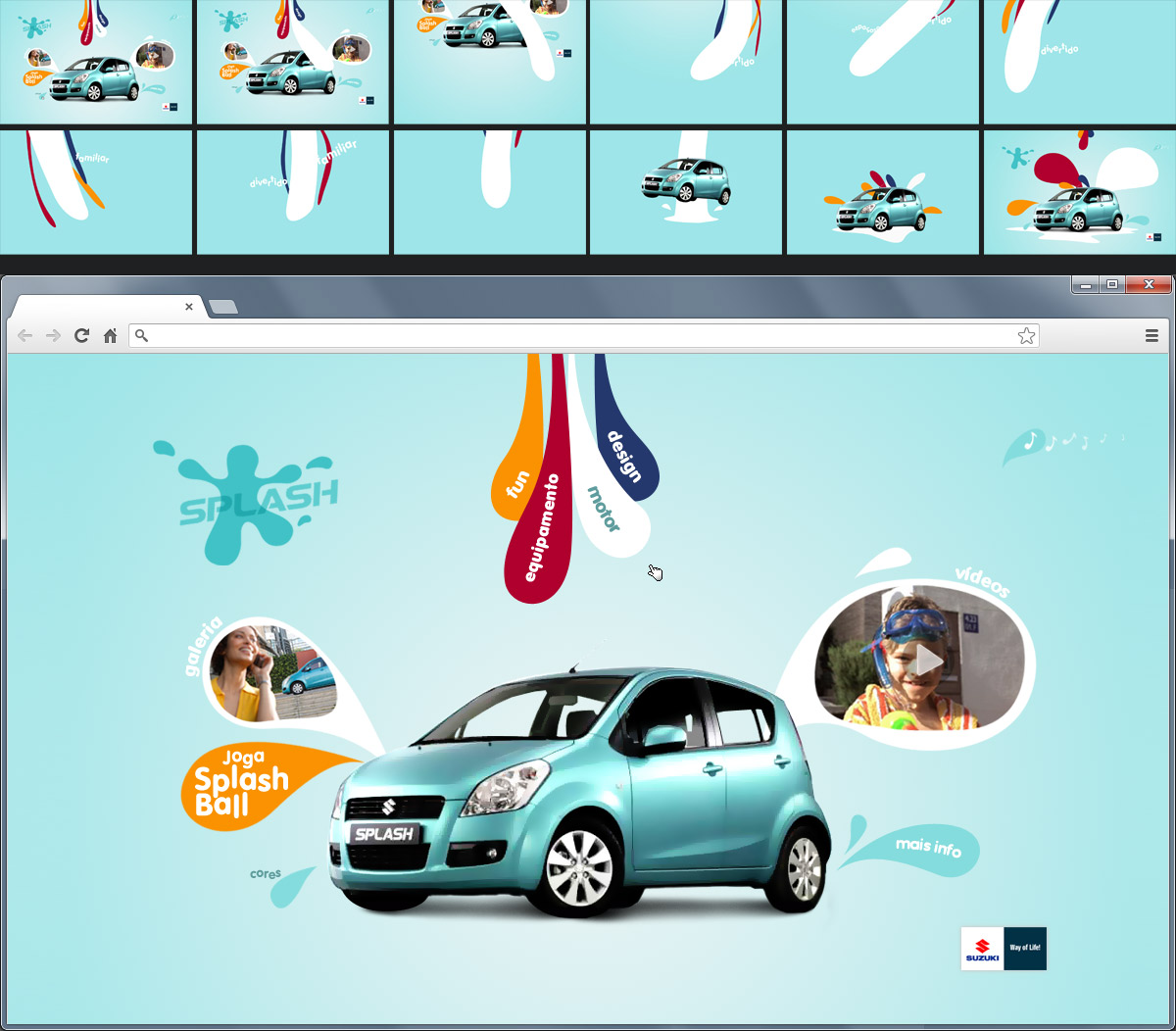 "The launch of the new SPLASH was accompanied by an original, dynamic and very colorful minisite - fully in line with the spirit of the product. Developments made?in Flash animation and the incorporation of some elements of the advertising campaign deserve a special mention, among many minisites developed by OceanLab for SUZUKI." 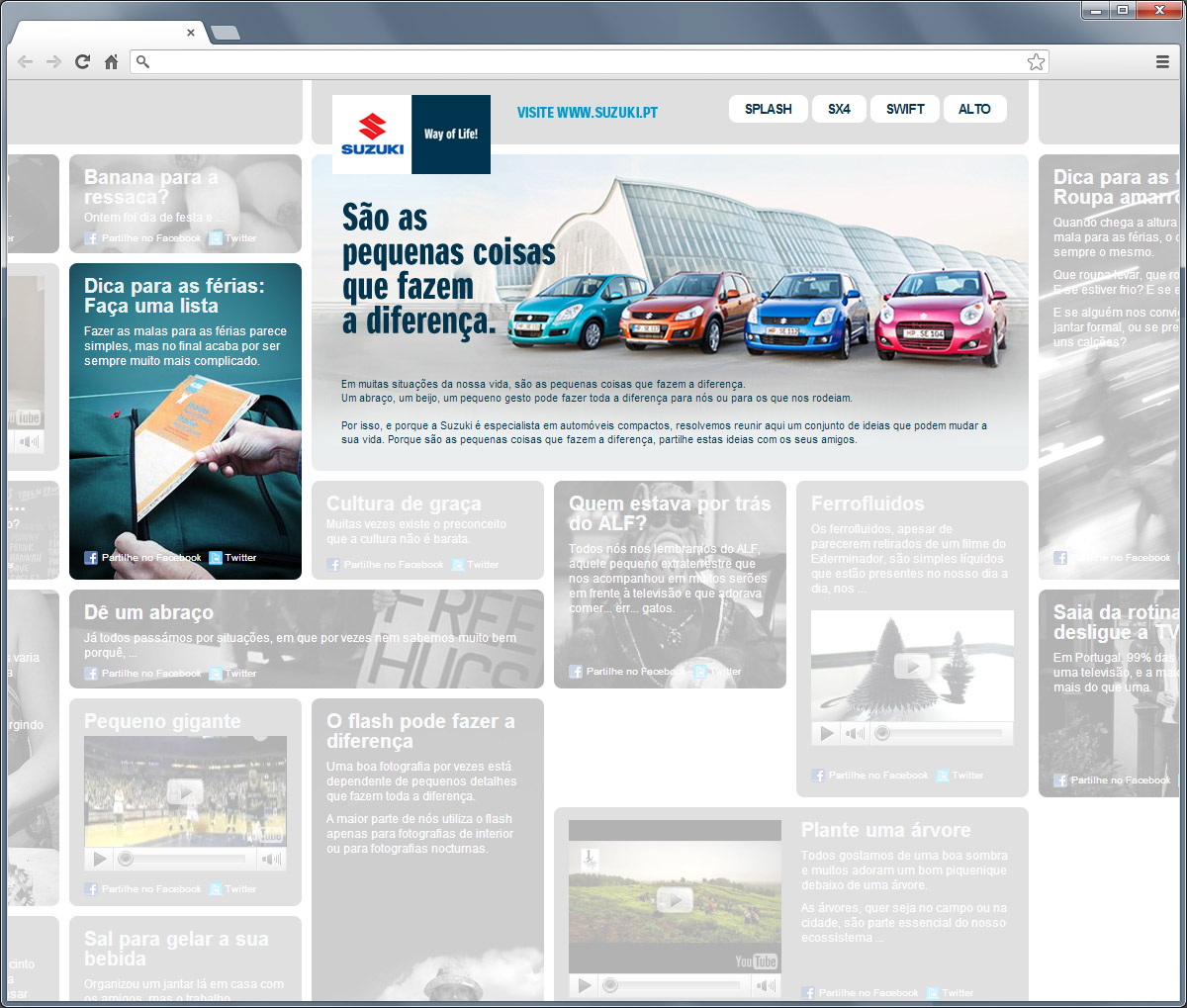 It's the small things that make a difference

Following the international campaign "It's the small things That Make a difference", was released in Portugal a site where "São as pequenas coisas que fazem a diferença." 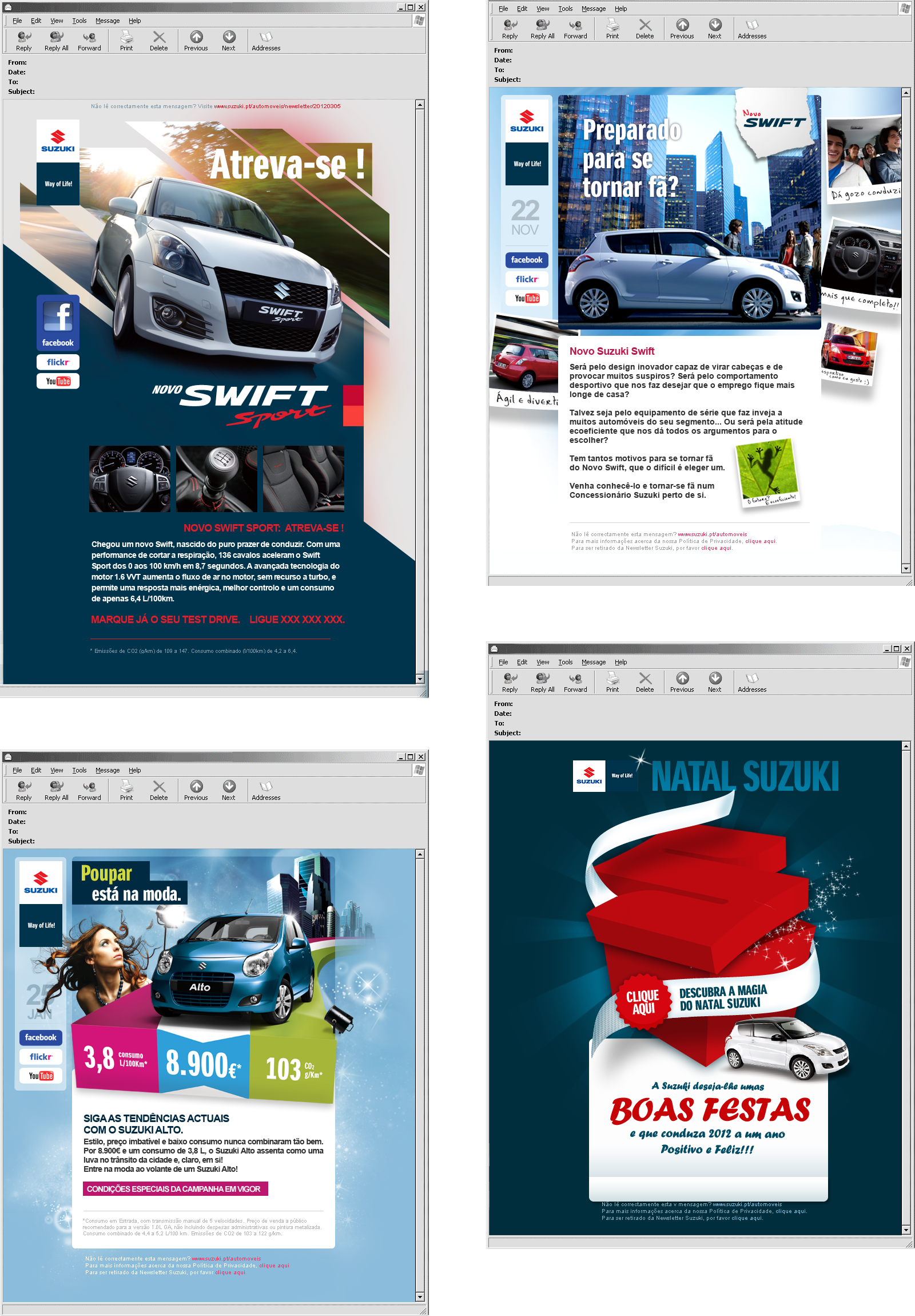